A cruise on the river Nile between Luxor and Aswan, stopping in several ancient sites, is a classic in any Egypt itinerary.  We arrived in Luxor on a fairly comfortable overnight train from Cairo, and embarked on a 4-day cruise southbound. The word cruise is a bit of a misnomer, since these it’s rather floating hotels; all the boats do the same itinerary, and travelers from different groups get on them for sleep, food and the limited transit that actually occurs on the river, and are picked up by their respective guides at each stop. We got a pretty good deal through Imperial Egypt ($360 all inclusive); our guide was fantastic and private (absolutely recommended to really immerse yourself in the culture and history), while the boat we were put on, the Liberty, and the food on board were quite crappy. Below a quick recount of the places we visited. 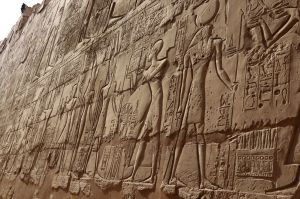 Karnak temple: huge, built by different pharaohs adding “layers” on top of each other; amazing to see the religious images carved in the limestone walls and columns, and even some of the color still intact (I didn’t realize all these images were colored!). 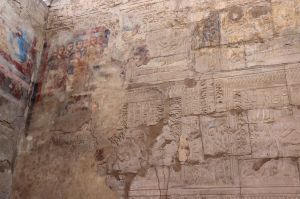 Luxor temple: less impressive by comparison, but very well preserved, especially some of the large statues; originally connected to Karnak by a 3-km avenue lined by sphinxes; used by Christians as a hiding spot, so you can see some of their paintings over the hieroglyphics. 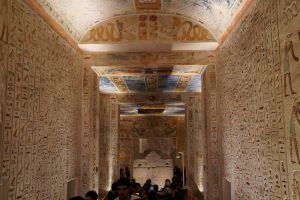 Valley of the Kings: the ticket allows you to go into 3 tombs (except Tutankhamun’s which costs extra and is not particularly remarkable; which ones are open rotates but they all seem equally worth it); incredible to walk through the length of the tunnel (dag throughout each pharaoh’s life) and soak in the colorful decoration / storytelling; more people than in the subway at rush hour. 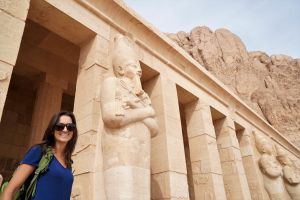 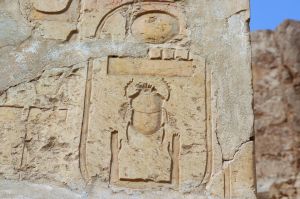 Before returning to the boat, we made two “filler stops”, at a papyrus shop and at the Colossi of Memnon: two giant sculptures made of one piece of rock but in bad shape. We caught a nice sunset on the river, and unfortunately were not fast enough to get the 8-meter lock before dark and see it operated. At night, local salesmen rowed their boats close to our ship and tried to sell souvenirs – it reminded me of my trip up the Amazon river many years ago. 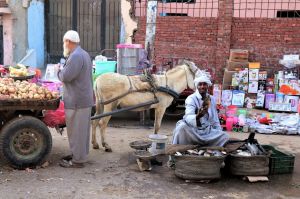 Edfu temple: big decorated pylon, and interesting corridors inside; from Greco-Roman times, so less impressive (2,000 years more “modern” than what we had seen before). From the dock, visitors are supposed to take a horse carriage, but we asked to walk instead; it was just 15 min and it gave us a chance to see a lively local market. 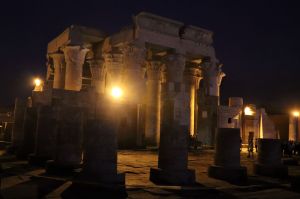 Kom-Ombo temple: 3 hours of navigation allowed to enjoy the sun deck; half dedicated to the crocodile god, interesting images and mummified crocodiles; Greco-Roman too. We stayed until dark and it was awesome to see the temple lit up. 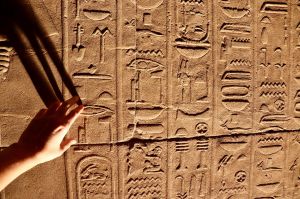 Unfinished obelisk: cool to see a quarry, and learn how obelisks were made and erected in the temples. Philae temple: nice island setting and boat ride to get there; Greco-Roman too; the temple was moved from its original location in 40,000 parts to protect it from flooding.

Before being dropped at the airport, we made two more “filler stops”, at a perfume factory, and at the Aswan damn: not particularly impressive, especially if you’ve seen the Hoover dam or the Yangtze Three Gorges dam. Because we had to catch a flight to Sharm el Sheik that exact day to make our liveaboard, we weren’t able to go to Abu Simbel. That temple looks magnificent, but the dam has made it unreachable by boat, requiring a 3+ hour car trip each way.

All in all, I wasn’t impressed with the cruise itself, it seemed like they were trying to stretch the few great visits into as many days as possible, and the Nile landscapes weren’t particularly scenic. I would rather recommend staying in Luxor and seeing the temples and tombs in that area in one day, then taking the train to Aswan to see Abu Simbel (and maybe Philae, if there is time).

One thought on “Cruising the Nile from Luxor to Aswan”