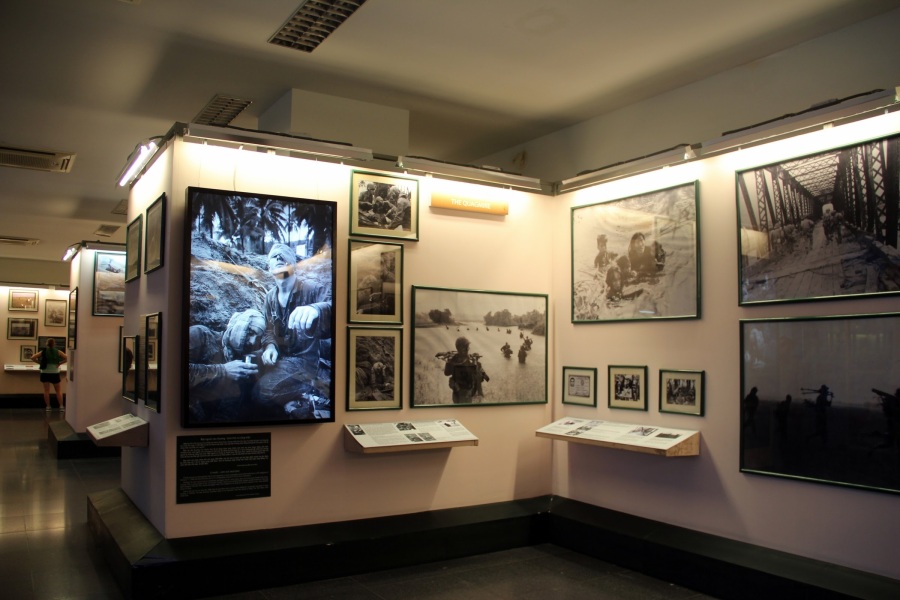 Ho Chi Minh City is commonly referred to by locals and visitors as Saigon. These names encapsulate the rich past of Vietnam’s largest city, the “capital” of the South. It’s definitely not a charming town, but it is an excellent place to learn about history and war. We had arrived on a night train from relaxing Nha Trang beach, and after a quick fruity breakfast at the famous Ben Thanh Market, we were eager to start exploring. 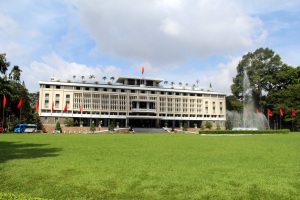 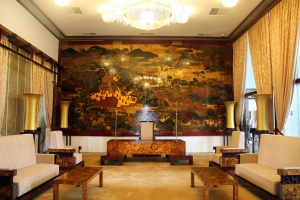 The perfect place to begin our tour of HCMC was the Reunification Palace (also known as Independence Palace; VND 30,000, ~$1.5). This classic 60s building was South Vietnam’s presidential palace, and has been preserved, almost untouched, since the fall of the South to the North in 1975. It was upon this event that the city was renamed from colonial Saigon to its current denomination, in honor of the North Vietnamese communist leader. It will look familiar to many people, because of the famous photograph of a tank crashing through its gate that last day. Inside, we visited several official meeting rooms, the beautifully decorated ambassador chamber and the president’s living quarters (don’t miss the severed elephants’ feet on one of the sides!). Then we descended to the underground bunkers, where maps, telecommunications systems, kitchens and shooting galleries seem to be frozen in time. 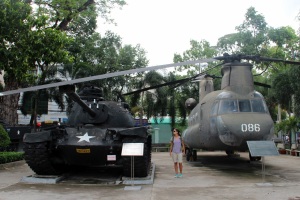 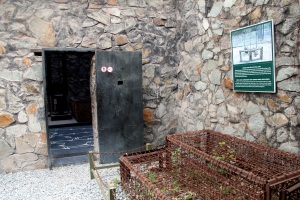 Our second stop was the War Remnants Museum (VND 15,000, ~$0.7), probably the most memorable site in our 3 weeks in Vietnam. In the front patio of the museum, we checked out the tanks, helicopters and jets on display. For a moment, it looked like a “fun” place to visit… but things changed when we went inside. A sign recommended exploring from the top down, and we followed the suggestion. The first exhibition covered Vietnam’s history, with focus on the French occupation, independence war and US intervention. Or, as they say, the “French and American war of aggression”. There were dozens of photographs, documents, and all sorts of artifacts, and it was quite instructional. The second exhibition was focused on pure war photography, with hundreds of impactful pictures from well-known photo journalists. I had seen similar ones before, like Robert Capa’s, but the concentration and the accompanying texts, describing the cruelty of the US army against Viet Cong soldiers and suspects (tendentious but not any less true) made a lasting impression.

The third exhibition was even more brutal, a collection of images of victims of Agent Orange (and more than photographs that I can’t describe here). My stomach still gets revolved when I think about what I saw there, and I just hope every militarist in the world would get exposed to it. We needed to get fresh air, so we passed the lower floor quickly. It contains the lightest collection of the museum, mostly international antiwar posters and pictures. We would still learn one more lesson on human cruelty before leaving. Outside, there was an additional building that reproduced the “tiger cages” in which the South Vietnamese government kept political prisoners, and the guillotines they used against them. Again, photographs and testimonies helped bring the paraphernalia to life. The museum was closing, most Vietnamese sites do noon-1pm, so we left relieved that we couldn’t stay there longer. 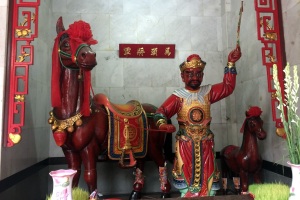 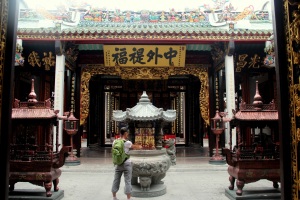 HCMC is a city marked by the war, but it also has other faces: a French colonial, a modern “financial”, and a traditional Chinese one. We only had time for one, and in the afternoon, we chose to explore Cholon (Chinatown). A Vinasun  metered taxi (the most reliable ones, together with Mai Linh) dropped us off at the Binh Tay Market, which was bustling with activity. We wandered a bit around the random stalls that sold anything from shrimp to plastic buckets, both inside and all around the market. Then we walked east and north to reach the area where most of the pagodas are located. We checked out 4 or 5 of them; Quan Am stood out for the ceramic scenes on the roof, Tam Son Hoi Quan for its golden ornaments, Thien Hau for the large coils of incense everywhere, others had fantastic woodcarvings or red statues of generals and horses… All of them were atmospheric well worth visiting, and for a moment, made us feel like we were back in Hoi An. It was a much needed break from the war topic, since the next day we were going back deep to the Cu Chi tunnels.

4 thoughts on “Saigon and the horrors of war”