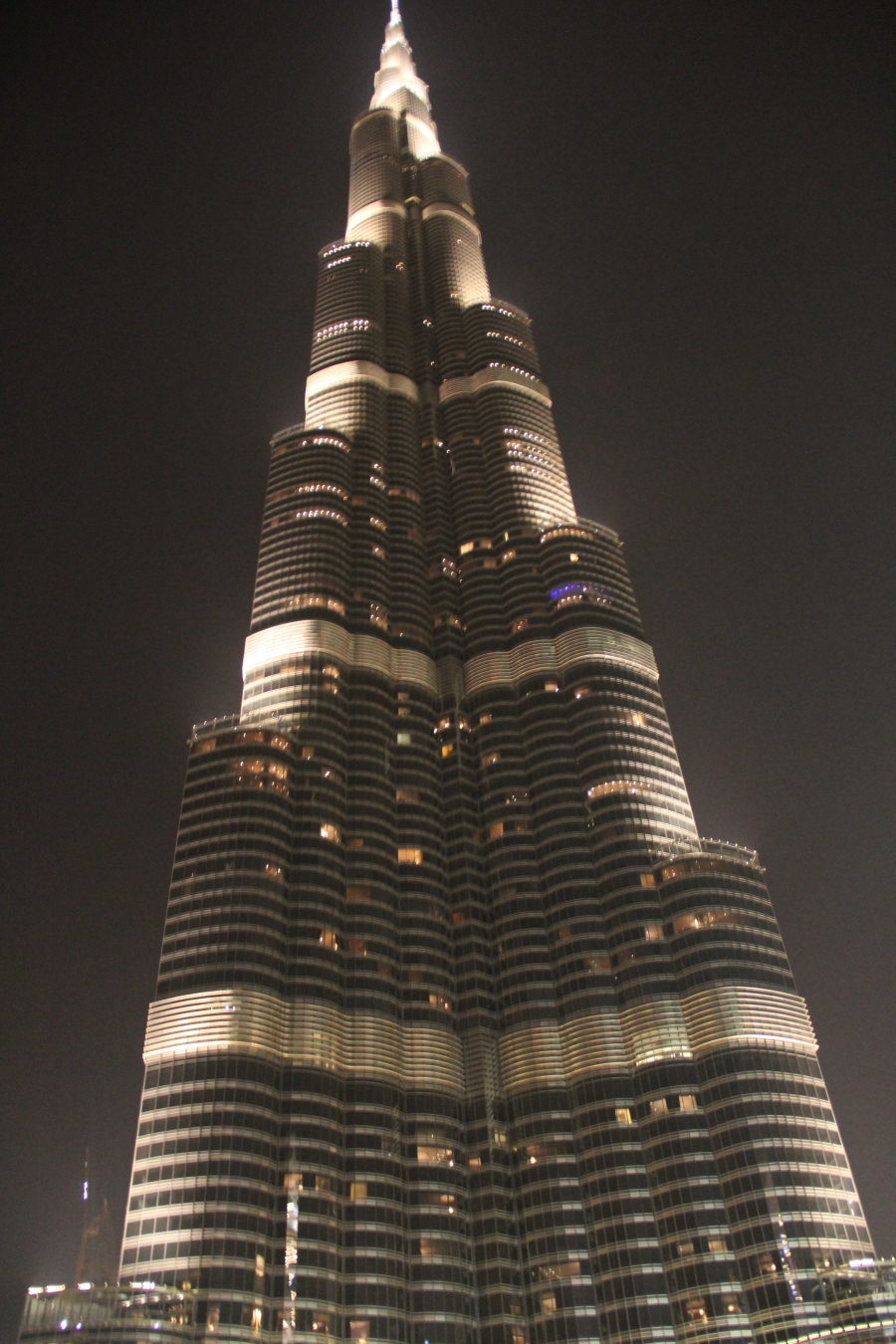 Dubai is a perfect short stop on a trip to Africa. You can usually get the cheapest flights with Emirates and do a 1 day layover in the city. This is enough to see the highlights. We had a 15 hour layover on our way from LA to Nairobi, and although it was mainly at night, we decided to make the most out of it. The airport is very close to the city and the border controls are very efficient, so just 1 hour after landing, we were checking in into the Sheraton on Sheikh Ziyeed Road, the artery of the business downtown (free with SPG points!). 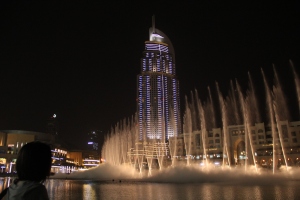 It was 9pm and dark, but the heat was still intense and sticky. We tried to walk towards the Burj Khalifa and the Dubai Mall, but gave up after 15 min. The distances are larger than they appear and the streets in the financial district are not particularly nice for walking. Got a free shuttle from a random hotel instead. Went up to the observation deck of Burj Khalifa, the tallest building in the world with 830m. The views were nice but not as good as those of other skyscrapers (Hancock Tower, Empire State,…), you don’t even get close to the top. Probably not worth the expensive ticket and the hassle of getting it ($35, advanced purchase with specific time window, at the official site) . Once down, we walked around the base of the building… now that’s impressive! A friend who is an architect says that the Burj Khalifa is 50 years ahead of its time. Hard to explain how small you feel when you stand and its feet. There is also a cool water fountain show, similar to the Bellagio’s one in Vegas. 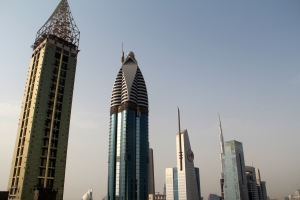 Afterwards, we explored the Dubai Mall; it’s pretty insane. And it was buzzing with activity even after midnight, since locals can’t do much during the day, due to the heat. The next morning we were planning on checking out Burj Al Arab or the Bataskia Quarter, but we were exhausted from working, traveling and sweating, so we settled for a big breakfast and the nice city/desert views from the hotel rooftop. On the flight out, we got to see the amazing man-made Palm islands and The World archipelago. This place is surreal.

5 thoughts on “What to do during a layover in Dubai”