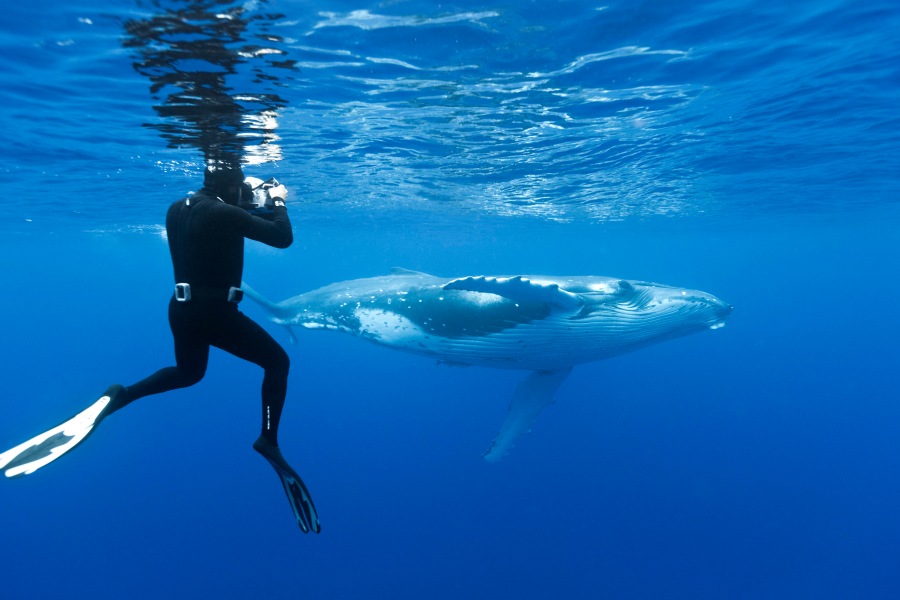 Tonga is one of the few countries in the world where you can enjoy the crazy experience of swimming with humpback whales. The Vava’u archipelago is the prime spot for this activity, due to its position on the migration route, and the warmth and calm of its water, which make it perfect for calving. A handful of licensed operators organize daily tours for $120-200, which include 4-6 hours of boat riding, spotting whales, getting in the water with them, and even hearing them sing. The price is steep, but probably worth it for a once in a lifetime opportunity, plus it includes a mandatory local guide and a feeling of it not being massified. The whales usually hang out in pods of 2 or 3, either an adult pair, or a mother, her calve and an escort. These pods are not only the cutest, but also the most fun to encounter, because the curiosity of the baby whales drives them to approach the swimmers rather than escape.

The best way to go for this adventure, in my humble opinion, is the one we chose: stay in one of the few private island resorts, and contract your whale tours directly with them. These islands, and particularly the one we stayed at, Eue’iki, are right in the middle of the action, and it’s not uncommon to see the whales right from the beach. At Eue’iki, the island dog Honia could sense the whales approaching and give the “bark alarm”. The whale season in Vava’u goes from mid-July to mid-October, with August and September being the prime time. Don’t be fooled by guidebooks and websites claiming the season goes from June to November, or you’ll end up disappointed. We were in Vava’u the second week of July and unfortunately didn’t see any whales L Whale swimming is almost guaranteed during the season, but hey, this is wild nature, and we were a bit early in an El Niño year. 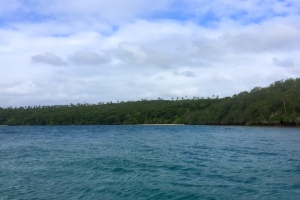 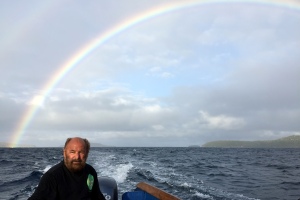 Despite the obvious disappointment, we tried to make the most out of our two boat tours. The rough coast line and the deep blue water were unique and beautiful. We searched for whales around the islands, trying to spot their blows in the distance, or their movements in the sheltered lagoons, like the perfectly circular one in Hunga. Cruising in a traditional Tongan boat with Mark, the owner of the Eue’iki resort and a maritime history authority, was always a pleasure. We saw some jumping dolphins and flying fish, and stopped for snorkeling near Mariner’s Cave… but this time, it wasn’t meant to be. Don’t worry, we had already fallen in love with Tonga and were planning on coming back anyway. I’m sure the whales we’ll be waiting for us next time!

PS2: Three years later, I returned to Vava’u and made the dream come true!