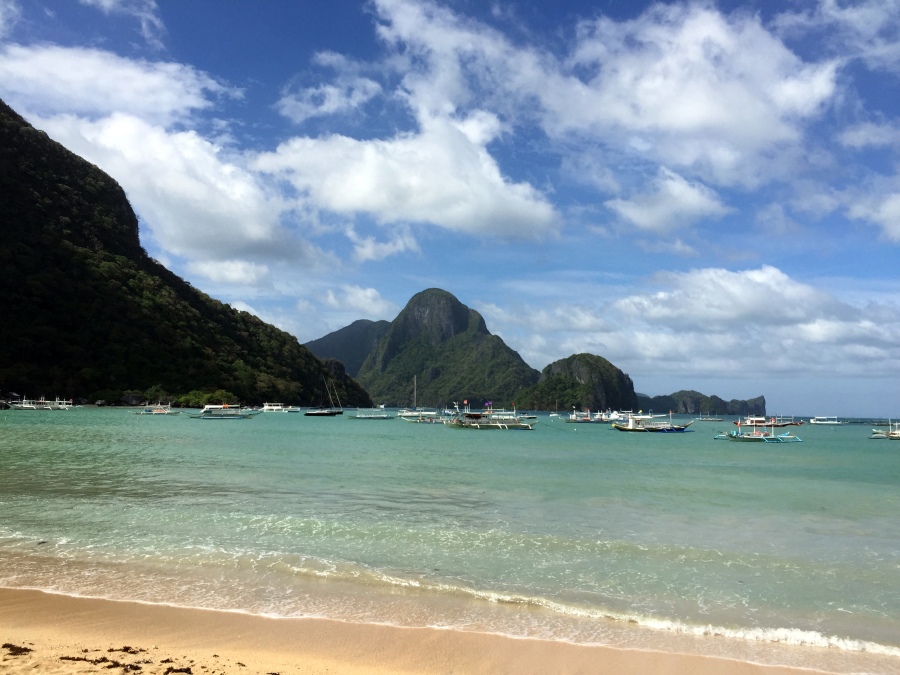 Our stay in El Nido was quite frustrating. We had very high hopes for this place, and if you google images of it you’ll understand why. For 4 days, we tried to explore the lagoons, coves, coral reefs and caves of the Bacuit Bay islands, and we couldn’t. The coast guard wouldn’t allow any boats to sail due to a small typhoon that was crossing the area generating strong waves. 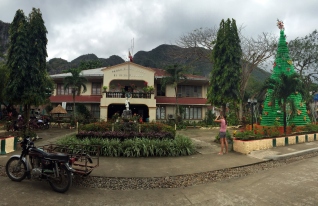 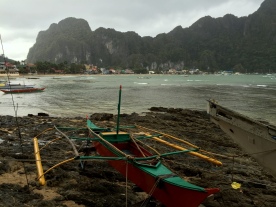 El Nido is in a beautiful setting itself, so while stranded there we tried to make the most out of our days, at least when the rain gave us a break. Set between tall limestone cliffs and a small beach/harbor, the town is starting to be invaded by tourists but still preserves its neat character. We walked almost every street and the shore to Caalan beach and back, drank juices, got massages, and slacked. 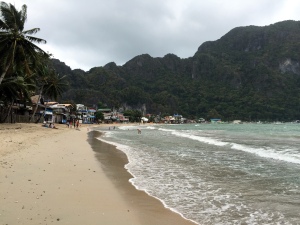 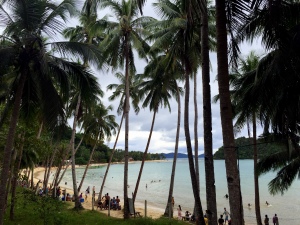 On the last day of the year, we took a tricycle to Corong Corong, and walked for about an hour on the beach to reach Las Cabañas. It was a very nice stretch of sand and calm, clear waters, and hundreds of locals (especially kids) were enjoying the holidays. Back to El Nido, we found a small restaurant in the beach frontline and toasted to 2014. Close to midnight, fireworks, flares, firecrackers and sky lanterns emerged all over the beach, offering us an unforgettable entry to 2015. 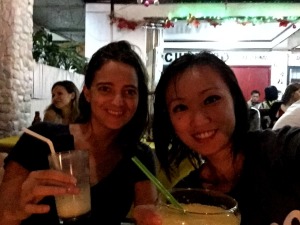 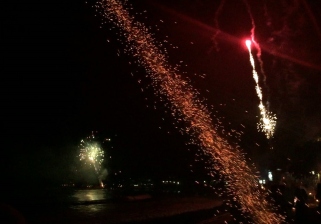 On our last day in El Nido we were banned from going to the islands again, crushing our last hopes. The day was much nicer than the previous ones, and the waters looked more calmed, so we decided to do the most logical but insensate thing: rent a kayak and get to an island (Cadlao) ourselves. The way there was fairly easy, took us about 45 min and was only strenuous on the last part, which was open waters and choppy. The beach was scenic, if a bit dingy from the recent storms, but we got to enjoy the last sun and swim of our trip. 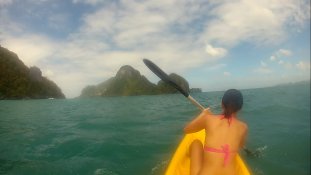 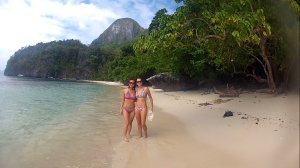 The way back was a different story… the wind and the current had picked up, and paddling against them was a nightmare. After about 30min, we were getting exhausted and barely making progress, still in the open waters and far from the El Nido bay. We saw another kayak drift back, not being able to reach the safe waters; not sure where they ended up. My mouth was full of water from the splashes, and capsizing seemed pretty easy. Because we’re lucky people, suddenly a local bangka came from behind us, no idea from where, headed to El Nido. I called them and they threw us a rope and effortlessly towed us close to the shore. Elena still claims we could have made it without them; I’m not so sure. 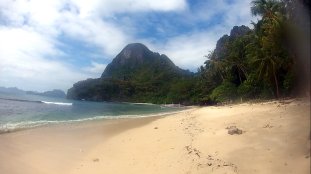 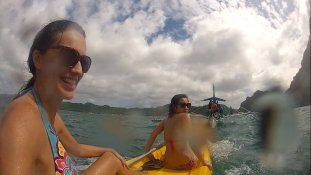 The other advantage of making it back fast was that we were able to catch the van ride we had arranged to Puerto Princesa. Over 5 hours on a crappy road, which we barely suffered because we took over a couple of seats each and passed out.

4 thoughts on “Some frustration and some fun in El Nido”