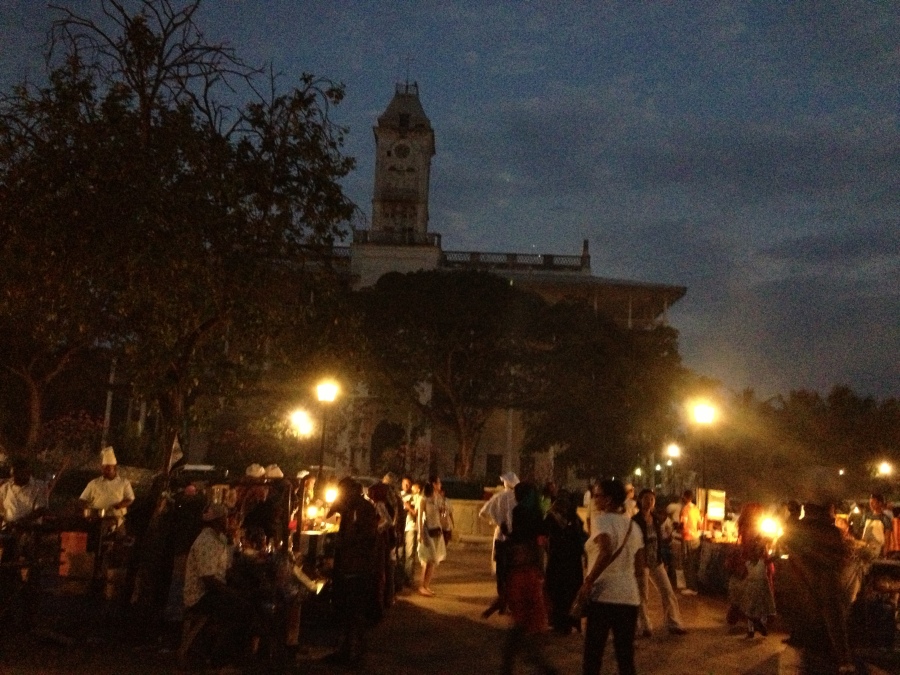 From Arusha, where our Kenya-Tanzania safari ended, we caught a flight to Zanzibar. We had booked with Coastal Aviation and didn’t realize the tiny plane would stop 5 times before getting to the island… it was like being on a public bus hehe. Stone Town, the old downtown of the capital Zanzibar, was a nice surprise. Our expectations of African towns were low after Nairobi and Arusha (later also confirmed by Dar es Salaam), but Stone Town proved to be a charming, lively city, with an exciting history. As the center of the Zanzibar Sultanate during the 19th century, it flourished driven by trade of spices and slaves, before suffering a revolution. 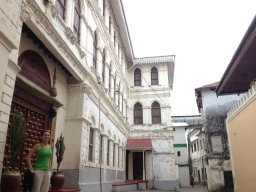 We took a long walk through its narrow streets, enjoying the colonial houses, local markets and handicraft/souvenir shops. At dusk, we made our way to the Old Fort and the Forodhani Gardens, where we had been told would be all the action on a Sunday. And boy there was action! Hundreds of people, including tons of children where hanging out and enjoying food from dozens of food stalls. We ate delicious (and cheap) skewers and not so delicious local pizza, and drank several glasses of freshly squeezed sugar cane juice. It was fun and felt like a completely different trip, after so many days on safari.

2 thoughts on “Stone Town, the heart of Zanzibar”